Proteh Glassdeep has developed a technology for the production of a universal pavilion made of bent 3D glass, which is a global innovation. Currently, there is no product on the market which even partially refers to the Company's design, because common pavilions or buildings with rounded shapes are in fact made of small pieces of flat glass (e.g. triangles) supported by a heavy, load-bearing metal structure. A universal pavilion is a cubature object which can be installed both in open spaces such as squares, promenades, squares or e.g. a pier, but also in large facilities such as airports, railway stations, exhibition and entertainment halls.

The facility can be equipped with windows made of glass with variable translucency, using active glass, which under the influence of electric current changes the structure from semi-permanent to translucency. In the OFF mode it can also be used as a screen for rear projection. 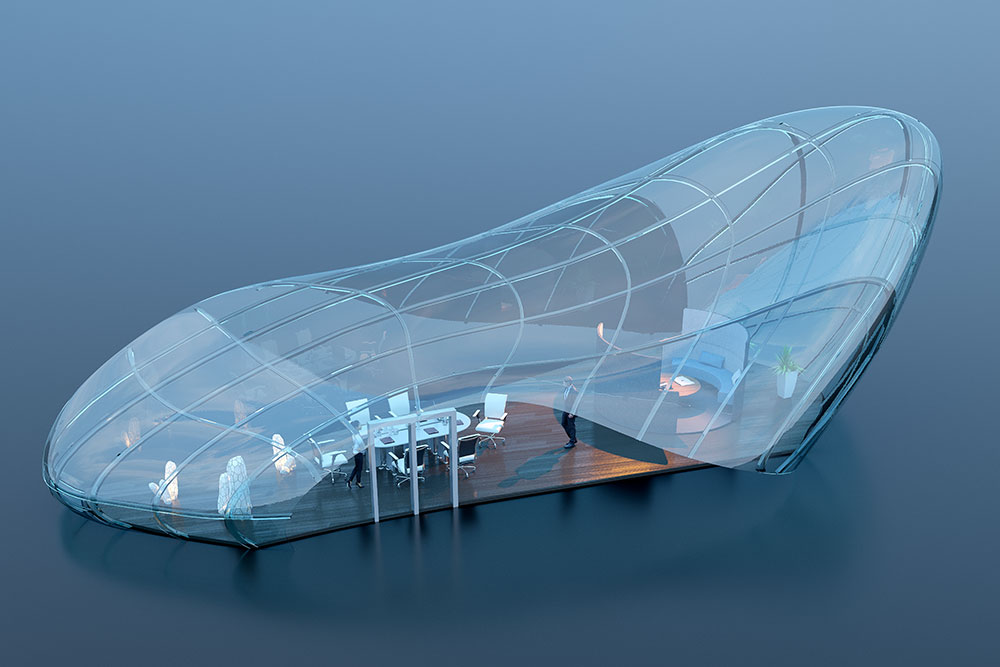 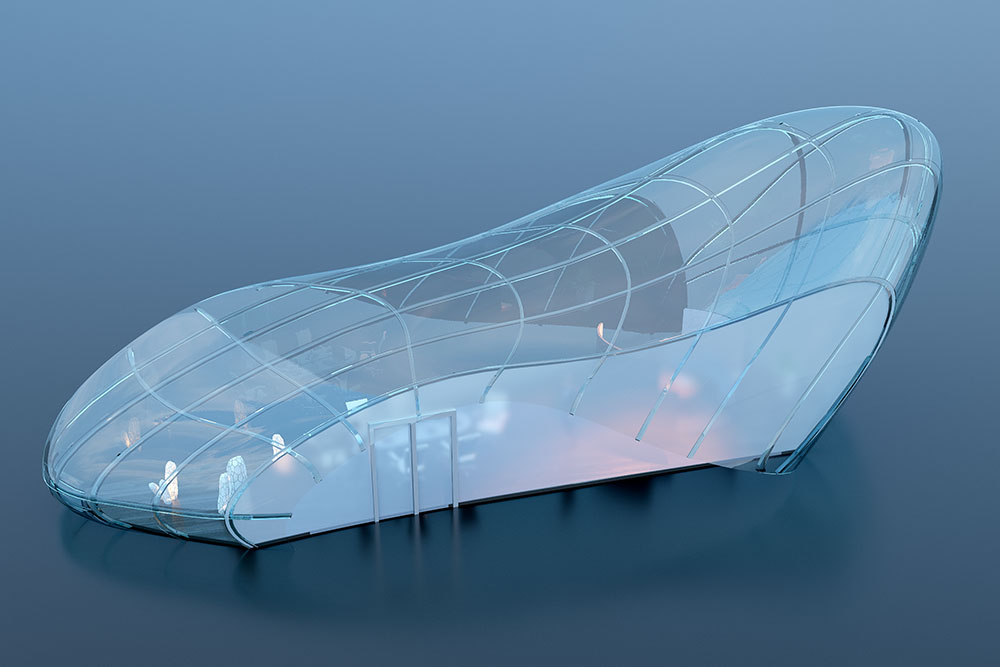 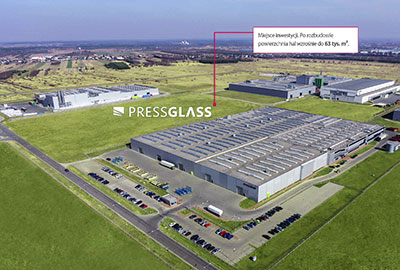 The manufacturer of façade panels is PRESSGLASS - a leading European supplier of bent glass for building applications. 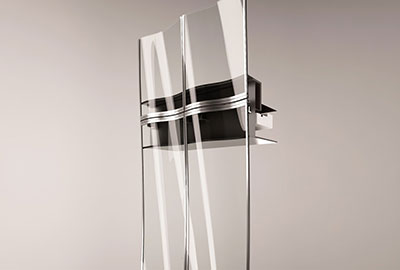 The patented technology of production of bent glass and facade systems has been developed entirely in Poland. 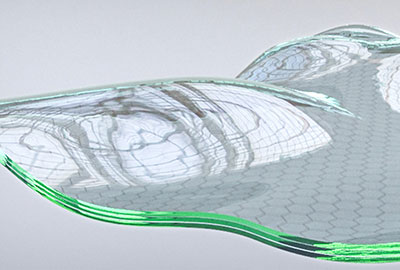 Bent façade glass can be integrated with photovoltaic panels or photochrome dimming system. 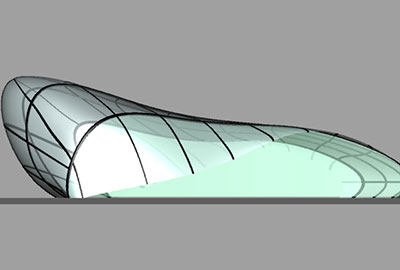 Thanks to their structural strength, bent glass pavilions do not require additional support inside, which increases the usable area. 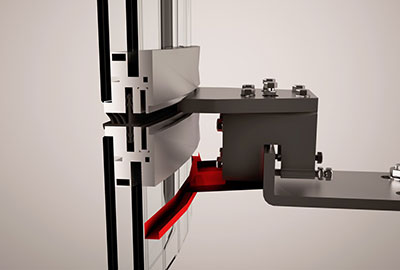 The aluminium consumption for façade construction in wavefacade technology is half that of traditional technology. 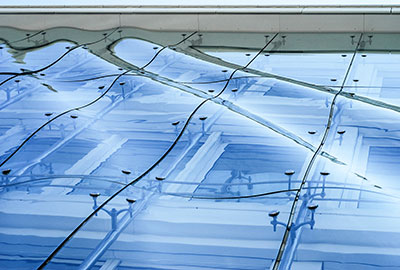 Wavefacade curved glass used in building facades is 50% thinner than flat glass of the same dimensions. 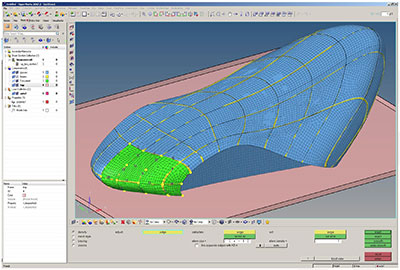 The safety of use of wavefacade facades and roofing is confirmed by advanced numerical simulations performed by TG Yachts - Yacht Design & Engineering. 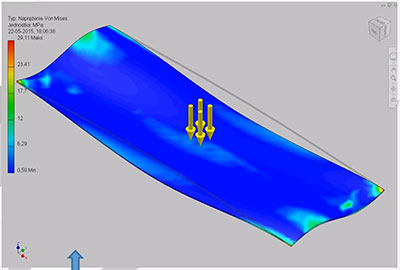